Organisations are struggling to stay ahead of today’s cyber security threats. All businesses large, small or in-between, must learn to thrive in a world with an ever-increasing threat of cyber risks. They face many risks and these risks keep rising, from the growing attack surface, to the increasing complexity and sophistication of such attacks.

To increase the impact of attacks, smart hackers coordinate their attacks across an entire IT system touching the firewall, endpoints, servers, data, and more. Point products can stop individual elements of these threats, but they work in isolation. In contrast, Synchronized Security from Sophos is a best-of-breed security system that enables your defences to work together to stop advanced attacks. It delivers unparalleled threat protection and slashes incident response time by 99.9%.

Naizak being a Sophos distributor since 2011, promotes ‘Synchronized security’ across 12 countries such as (GCC, Saudi Arabia, Jordan, Lebanon, Iraq, Libya, Egypt and Yemen). Naizak is a value added distributor (VAD) for Cyber security, Networking and Redundancy solutions such as Sophos, Kemp, Elfiq, Tandberg Data, Vectra AI, Malwarebytes and Hillstone. Established in 1998, it is a subsidiary of Abdul Karim holding (AKH in Saudi) group that has a wide network of representative offices across Middle East, Africa, and Asia & Europe. Naizak being a genuine value added distributor provides End- to end solutions i.e. pre-sales, post-sales and authorized training for end customers / partners and channel.

Sophos’ focus on keeping IT security simple and reliable. They began producing antivirus nearly 30 years ago. Sophos is headquartered in the UK and is the only security software vendor of scale with a strong presence in both the endpoint and network security space. Sophos is backed by SophosLab a global network of threat intelligence centers. Today their products help secure the networks of 100,000 businesses, 100 million users in 150 countries.

“The dramatic changes in enterprise IT and critical infrastructure over the last five years necessitate a different approach to Cyber Security. As digital transformation becomes a top-of-mind priority for the C-Suite and businesses across the Middle Eastern region, upgrading to the Philosophy of ‘security made simple’ by Sophos provides solutions to complex security scenarios, this is an advanced solution which is easy to deploy manage and control that proves to have a direct impact on efficiency’,” said Mustafa Fakhri, Channel Manager Naizak Distribution services.

Naizak and Sophos know that a proper security strategy must include networks, servers and devices-all devices-managed easily through the cloud. Together we ensure your network’s security by providing the one thing no one else can: Simplicity. 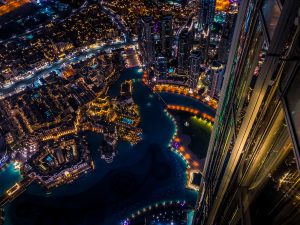 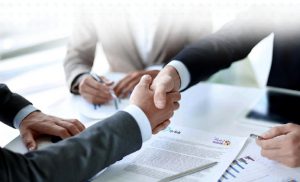